A Holiday Essay by Timothy Wilken 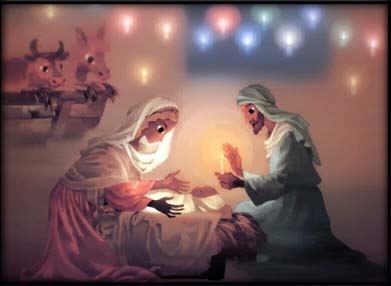 Go Be Reconciled With Thy Brother!

“The first formulation of the MORAL LAW for a non-human “kingdom” of Universe was Dimitri Mendeleev’s discovery of the Periodic Law in 1869. “The properties of the chemical elements are functions of their atomic weights.”

“What Mendeleev’s discovery states for Atoms is that “As ye sow, so shall ye reap,” where “reaping” is the properties of the chemical elements and “sowing” is the co-Action between the atom’s two components — its vast, light, electron cloud, and its tiny, massive nucleus.”

Haskell’s analysis of the Atomic elements showed that these two components — the electron cloud and the massive nucleus could relate in only three ways — either positive, neutral, or negative. Haskell called this the Moral Law of Unified Science.

For humans, the earliest formulation of the Moral Law of Unified Science appeared 3500 years ago as the doctrine of karma.

“Hinduism began in India about 1500 BC. The belief in rebirth, or samsara, as a potentially endless series of worldly existences in which every being is caught up was associated with the doctrine of karma (Sanskrit: karman; literally “act,” or “deed”). According to the doctrine of karma, good conduct brings a pleasant and happy result and creates a tendency toward similar good acts, while bad conduct brings an evil result and creates a tendency toward repeated evil actions. This furnishes the basic context for the moral life of the individual.”

The doctrine of karma was accepted by Buddha ~500 BC and is incorporated in modern Buddhism today. It appeared in western thought ~300 BC, in the Old Testament of the Bible as the phrase:

Two thousand years ago Jesus of Nazareth stated this law this way:

Recall Universe is now understood to be process. Reality is a happening. Many things are going on all at once. Living systems — the plants, animals, and we humans all live within the EVENT paradigm.

Buckminster Fuller defined an event to be a triad of related phenomena — action, reaction, and resultant.

The dynamics of all behavior can be understood using these three concepts. Fuller discovered for every action there is a reaction, and a precessional resultant.

I can decide on an action. I can then implement my action. The environment including all life forms react to my action, the vector sum of the two (my action and the world’s reaction) produce a resultant. I act, the rest of the world reacts, and when it all settles down the change made by the interaction of the action and reaction is the resultant.

Now reformulating Haskell’s The Moral Law of Unified Science to include Fuller’s Principle of Action–Reaction–Resultant, we get:

Adversary action hurts other and tends to provoke adversary reaction ending in an adversary resultant.

Neutral action ignores other and tends to provoke neutral reaction ending in a neutral resultant.

And synergic action helps other and tends to provoke synergic reaction ending in a synergic resultant.

The first formulation of the synergic corollary of the Moral Law of Unified Science was:

“Do to others as you would have them do to you.”

This formulation is credited to Jesus of Nazareth who intuitively discovered the synergic way 2000 years ago. He gave us the rules for synergic relationship in his sermon on the mount.

“You have heard that it was said, “You shall love your neighbor and hate your enemy.’ But I say to you, love your enemies, bless those who curse you, do good to those who hate you, and pray for those who spitefully use you and persecute you. … Go be reconciled with thy brother.”

Are we humans better able to love today? Have we learned enough in 2000 years —“To reconcile with our brother”?

“So in everything, do to others what you would have them do to you, for this sums up the Law.”

What would you have others do to you? The best one word answer I can find for this question is help. “Help others as you would have them help you.” Synergic morality is helping.

“Do not do to others what you would have them not do to you.”

What would you have others not do to you?

Here the best one word answer is hurt. “Do not hurt others as you would have them not hurt you.”

Jesus of Nazareth understood this on the deepest of levels. He called for more than a prohibition against hurting others. He asked all humans to help each other.

So whether you believe Jesus of Nazareth was the Christ foretold in the Old Testament, or just a man, his words bring wisdom to all of humanity. And so I wish you,

This entry was posted on Saturday, December 24th, 2016 at 9:51 AM and is filed under Future Positive Front Page. You can follow any responses to this entry through the RSS 2.0 feed. Both comments and pings are currently closed.

Help Us to Help You

My World of
Ought to Be

Copyright 'fair use' Notice
TrustMark 2020 by the SynEARTH.network.
Powered by WordPress • Hosted by Weblogger
Original design by Bryan Bell.